Now Trending: Social media platforms to keep an eye out for in 2020

Now Trending: Social media platforms to keep an eye out for in 2020 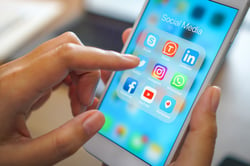 We recently asked BBK’s Media and Research Strategist Nicole DeMarco to look beyond Facebook, Twitter, and Instagram and share her thoughts on what alternative platforms she thinks offer the most promise for life science marketers.

In the life sciences realm of clinical research advertising, the use of social media platforms is essentially more limited than the options available to general marketers, but great opportunities exist to stay creative, relevant, and highly-targeted.

TikTok is probably the most exciting prospect right now. As a platform, its growth in the U.S. has quadrupled this year and is highly popular in the 18-35 year old age bracket – which is often thought of as a difficult audience to motivate into clinical trial participation.

Lasso was launched last year by Facebook as a competitor to TikTok and has more than 70,000 downloads. While the platform is still too nascent to understand demographics specifically, it is gaining significant momentum and is something to keep an eye on as the user base builds.

Houseparty is a group-video messaging app (first launched as Meerkat, but rebranded in 2016) that allows video chats that can host up to eight users. In chat video filters, stickers and other fun effects liven up the content. Houseparty has increased its user base from 1 million users in 2016 to more than 20 million users in 2019.

The app offers ad-space, but clinical research advertising might also take on a different form: it is possible to host live events where doctors can talk to potential participants in more intimate settings. Or, in cases like an acne study, investigators may be able to ascertain whether patients may qualify based on their acne severity.

All of these emerging social media channels require a caveat: specifically that not all ad campaigns belong on these platforms. In clinical research marketing, like any other media campaign, meticulous thought and research must be conducted in order to understand the target audience, the goals, and the media strategy. Only if the platform is appropriate does it become a viable place for promotion.