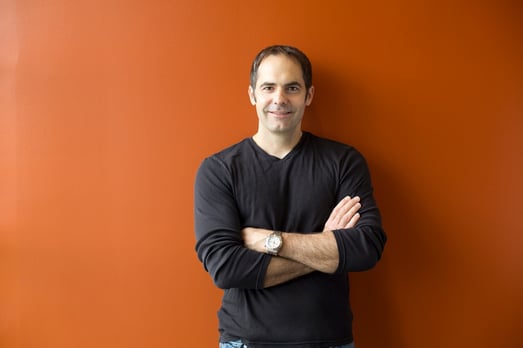 If you attended our recent webinar “Harnessing the Power of mHealth for New, Better Data and Improved Patient Engagement” you had the opportunity to submit a question to BBK Worldwide® President Matt Kibby or Roche Operational Intelligence Leader, Lewis Millen, during the webinar’s Q&A portion. We received so many great and thoughtful questions from our attendees, that we were, unfortunately, unable to address all of them. Today, we are happy to share Matt’s responses to many of those questions here, and we hope you find his answers useful.

For those who couldn’t attend, you can access the full webinar here.

MK: Mostly, app development has been taken on by third-party app developers more so than by clinical sites or by therapeutic areas. The one thing that comes to mind is when Apple held their developer conference a couple years ago, when they introduced Research Kit, they did have a couple of studies that worked particularly well. There were about four or five apps that they released, and they were specifically for more observational studies where there were very limited numbers of inclusion and exclusion criteria. There was no real complexity to this at all. These studies lent themselves perfectly to those kinds of apps. All the Research Kit does is provide developers with easier ways to build questionnaires, and to gather electronic consent from people. So, for observational, massive trials with limited inclusion and exclusion criteria, the Research Kit infrastructure as provided by Apple is excellent for that sort of thing, but that’s really not where we are aiming with our trials.

What we’re talking about is useful app development that has utility for the patient and caregiver above and beyond those things. That’s been taken on by third part developers – not sites or therapeutic areas. That is, entities that can look at the problem, develop a solution, and then continue to refine and evolve those solutions to be better over time.

Q: Have you implemented an app for a clinical trial with an older population, 65+?

MK: Yes. We’re doing this now globally. Mobile technology is getting to be pretty mature. It’s been nearly a decade since the release of the iPhone, so you could imagine that somewhere between 20 and 50 percent of people 65 and older use smartphones, although they may have a lower reliance on apps than other people do.

Apps for clinical trials don’t have to be just for patients, they can also be for caregivers and sites. You have to look at the audience of people 65 and older and think “is an app useful for this segment of the population.” While there are a large number of people over the age of 65 using tablets and smartphones, it is important to consider adult caregivers – who may be in the thirties or forties – and sites as well.

Q: What are some common mistakes made by developers in creating mHealth technology? What are the best resources for sponosrs or insititutions searching for solutions?

MK: Some of the most common mistakes made by developers are to create apps that are inflexible. App development is a big investment, so you want there to be a really large degree of what we call “code reusability.” That’s what our app infrastructure does. It means that you can create an infinite number of apps for an infinite number of studies off the same code. So, in hard-coding an app, you’re making something that is rigid, inflexible, works only for one thing. It is not something that is completely customizable, and it massively inflates cost over the course of multiple trials. I think also for developers to think that they know their audience without asking them is a big mistake. In the end, if you develop something that you think is good rather than what the patients think is good, then you can end up missing the mark.

In terms of resources, of course we’ve been a leader in this space. This is what we do. We’ve spent the last 20 years building up our infrastructure to get to the point where we know what sites want and what patients want; we have had an infrastructure that supports this type of activity for a very long time. We’re eliminating cost and time as any sort of aspect of app creation where we can do it really quick and we can do it really cheap, and we don’t know of anyone else who has that same sort of configuration.