Moving Beyond the Myth That Doctors Won't Refer

Moving Beyond the Myth That Doctors Won't Refer 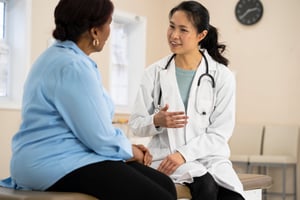 “Doctors won’t refer!” It’s a phrase spoken far too often – and often delivered with an air of unwavering certainty. However, growing evidence suggests otherwise – including most recently the findings from BBK Worldwide’s Study Voices survey. Designed to assess the perceptions, attitudes, and patterns surrounding physician referrals, the survey revealed an overwhelming willingness on the part of physicians to refer – once and for all debunking the myth that doctors are unwilling to refer patients to other specialists for access to clinical trials.

But the reality speaks otherwise. Of the physicians surveyed, 69% said they had in fact referred a patient. And those unwilling to refer said that 68% of the time it’s because they have questions about the protocol.

Consider all this evidence alongside the findings that more than a third of patients participating in clinical studies were referrals. Not only does this dispel the myth that doctors don’t refer, but it suggests there may be room to significantly increase that percentage.

While the findings from the Study Voices survey reveal opportunities to engage physicians as partners in the clinical trial enrollment process, it’s not enough. To truly move beyond the myth requires leaving the conversation behind and moving to action. With this new evidence, sponsors should feel empowered to take more dramatic measures to engage the physician community and build relationships to support clinical trial enrollment success.

Strategies for consideration should include:

For more information on this topic, including comprehensive action steps for study sponsors, please download Referring Physicians and Clinical Trial Enrollment: Moving Beyond the Myth. This data-rich white paper provides insight into the perceptions, attitudes, and patterns surrounding physician referrals, as well as strategies sponsors can implement to realize the full potential of physicians as partners in the clinical trial process.